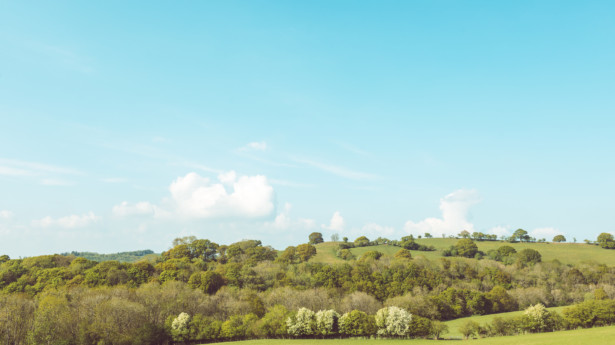 We have reached a critical phase in the history of Welsh agriculture. In a draft White Paper published in December 2020, the Welsh Government set the challenge to the farming sector to change its priorities to meet the all-encompassing issues of climate change and biodiversity loss.

If we go back to 1947, the Agriculture Act provided the basis for financial support to our farmers. It focussed on food production to alleviate rationing, which continued until 1953, and to erase the memory of wartime food shortages. When the UK joined the European Economic Community in 1973, support continued through the Common Agriculture Policy (CAP) to deliver food to Europe.  During the 1980s, this led to the problem of overproduction and at the same time, intensive farming methods were leading to substantial environmental damage – loss of wildlife and habitats, soil erosion and pollution. In response, the EU devised ways to encourage farmers to protect the environment. By the late 1990s, the CAP had two main elements. Primarily, a Basic Payment Scheme [BPS] providing income support based on the area farmed but conditional on complying with Good Agriculture and Environmental Conditions supported by Statutory Management Standards – for example on animal welfare. Secondarily, part EU-funded schemes (e.g. in Wales Tir Gofal and Glastir) were set up to promote biodiversity, hedgerow and woodland expansion, and public access.

So for the past 70 plus years, land use policy has been primarily to support food and wood production, with a nod to environmental protection. Talking to farmers we realise of course that their main raison d’être is to produce food – that’s what they have been born and brought up to do. But now in the 2020’s there is the urgent need to reduce climate change by reducing the emissions of greenhouse gases – carbon dioxide, methane and nitrous oxide. The White Paper states that agriculture is the source of 13% of Wales’ total emissions. But this takes no account of emissions from manufacture of fertilizers and agri-chemicals and from feedstuffs from tropical areas. Also we need to take account of the post-farm gate emissions from storage, processing, transport and refrigeration of food on its way to reach our tables. Taking account of these sectors, the emissions from the overall food chain may well be 20-30% of Wales’ emissions.

Wales is geographically and climatically well suited to growing grass but grazing livestock, especially cattle, produce large volumes of methane, a potent greenhouse gas. Reduction of emissions is very difficult without reducing the numbers of animals.

Besides climate change, the indicators of biodiversity in Wales and throughout the UK, show a substantial reduction, for example in populations of farmland birds. Water pollution has also led to damage to rivers, streams and lakes. Iconic salmon rivers such as the rivers Wye and Usk have shown reductions in the quality of the fisheries. The current environmental schemes may be slowing the decline in populations, but are certainly not reversing the decline.

In New Zealand, reform had a positive impact by reducing the use of fertilizers and pesticides, decreasing pollution levels in rivers and reducing the farming of marginal land. There was a halt to land clearance and overstocking, which had been major causes of high levels of soil erosion. Livestock production has now been intensified on better land rather than hills prone to erosion, and hills have been reforested leading to a 50% increase in area under plantations. Such a trend would have substantial impacts on Welsh upland communities if repeated here, particularly on the Welsh language and cultural heritage.

Welsh Government has proposed the withdrawal of the basic income support, with its replacement by payments for actions which deliver what is called public goods. These include improving air and water quality, reducing emissions of greenhouse gases, capturing carbon dioxide in trees and soils, adapting to climate change, and conserving biodiversity.

The removal of the basic income support will have a substantial impact on farm incomes unless the income from public goods can replace it. Recent farm income figures in Wales show that on average, upland sheep and cattle farms would operate at a loss without the basis income support and agri-environment payments. There are also structural issues in the Welsh farming sector. Our farmers, especially in the hills, are aging. Attracting the next generation of dynamic farmers is a major challenge, with an absence of succession planning in many farm enterprises.

The capacity for change in farm enterprises is not only dependent on the financial resources and markets that are available. Cultural issues are a substantial barrier to change. Farmers are very much production orientated, and while they want to ensure the sustainability of their land, a step change to being landscape managers delivering public goods will require large financial incentives. A recent Public Health Wales report on supporting farming communities at times of uncertainty concluded that the most important factor affecting mental health of farmers is the uncertainty about viability of farming in Wales after Brexit. After over 70 years of supporting farmers to produce food, it is not surprising if its removal will increase financial stress and adversely affect farmers’ mental health.

In 1947 UK policy focused on its food security when the global population was just 2.5 billion, but now in 2021, can we feed ourselves when the global population is 7.8 billion and rising? And at the same time, heading for zero GHG emissions and reversing biodiversity losses?  Can Welsh Government develop the details of its policy to face these challenges and maintain the vitality of the farming sector?

Black Mountains College has a substantial role in demonstrating an alternative approach based on agri-ecology principles, and educating its students to adopt new approaches to face these challenges.