The BMC Degree – Education as if People and Planet Matter 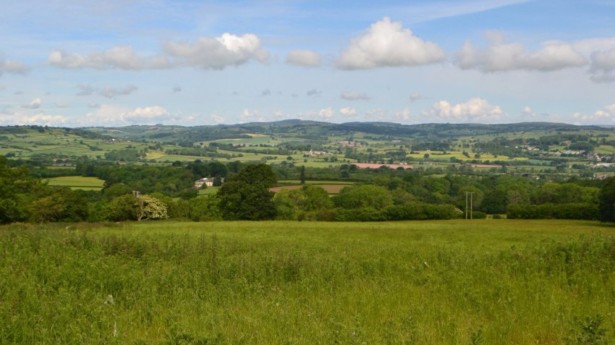 The extraordinary view of the Black Mountains from our 120 acre Farm campus, Troed-yr-Harn.

Education as if People and Planet Matter

The rationale for Black Mountains College

By Natalia Eernstman and Ben Rawlence

Before the pandemic quashed mass gatherings, young people worldwide flocked to the streets to express their dismay with the status quo. The school strikes didn’t just call out grown-ups’ inaction in the face of the climate emergency, pupils and students also walked out of classrooms to rebel against their education. They had had enough of being locked in a system that doesn’t prepare them for a future which is looking increasingly unviable. Education has always mattered, of course, but its role in reproducing a destructive economy – and its capacity to play a different, positive, role – elevates it to a zone of protest like never before.

Students around the world are calling on schools and universities to ‘teach the future’ – and they must. But it is the moral responsibility of a proper education system not just to tell students the truth about the climate and ecological emergency but to prepare them for it. Putting that responsibility into practice is the animating idea behind an emergent institution on the border between England and Wales: Black Mountains College.

To confront and adapt to the unfolding planetary emergency we will need all the creative, adaptive and collaborative capacity human beings can muster: competencies that mainstream education is currently not well suited to foster. Existing secondary and tertiary education is almost entirely based on attaining economic, rather than broader, more human goals: preparing pupils for a ‘lifetime of work’ so that they contribute to the economy, while also supplying authorities with quantifiable data to hold schools and colleges accountable. The deteriorating mental health of young people which can partly be attributed to the increasing in testing and pressure to achieve academically[1], shows that neither of these external goals contributes to well-being or the ability to live a fulfilling life. What’s more, judging by the ecological crises, formal education is manifestly failing to teach people how to respect planetary life.

The case for a different, more complete understanding of education has been self-evident to reformers for more than a century. Educationalist John Dewey, for example, critiqued schools for being outdated institutions that prepare children for a world of the past. In fact, he said, school shouldn’t even be about preparing pupils for future living, education should be the process of living itself, based in the real world.[2] Education should serve human life, to discover and celebrate what it means to be human. It should also serve all life.

More recently, Gert Biesta described a pedagogy which focuses on democracy, ecology and care: teaching pupils to be in relation to the world without placing themselves solely at the centre of it. He calls this ‘to exist in the world in a grown-up way’, which is attained by developing ‘the full potential’ of a person.[3] This echoes the ‘Buen Vivir’ philosophy from South America that aims to educate humans to be in harmony with each other and their habitat, among others. Similar ideas have been the driving force behind educational experiments from Summerhill to Dartington, the Steiner movement, Reggio Emilia, Bauhaus, and Black Mountain College in North Carolina established in the 1930s. And yet, despite the proven successes of these so-called ‘alternative’ approaches in fostering creativity, innovation, emotional intelligence and so on, mainstream pedagogy has remained stubbornly narrow, focusing on logo-centric activities that can be easily quantified and assessed.

In fact, as many people from indigenous communities to educationalists like Maria Montessori and Loris Malaguzzi pointed out long ago, we know that this is a very partial view of how humans learn. As neuroscience is now demonstrating, humans learn with their whole bodies, activating all their senses.[4] Memories are imprinted in all cells, not just brain cells. Neurological pathways are built by making links through experience. Humans learn through play, problem-solving, through engaging their emotions alongside their cognitive functions. None of this is new. And yet, the science of learning only seems to be taken seriously in early years education, rarely at secondary and almost never in universities. The planetary emergency demands that we urgently seize all that we know about how humans learn and apply it to the central challenge of our epoch: re-gaining our place within nature.

The new tertiary programme at Black Mountains College proposes that to best prepare for the challenges ahead we need to unleash the human: the core human competencies (that most employers, incidentally, also claim to want) of creativity, communication, care, collaboration and critical thinking. With this in mind, BMC is designing a curriculum aimed at fostering skills not subjects, based on three foundational principles: learning to learn; artistic and sensory training; and taught in nature and applied settings of landscape and community.

To confront and adapt to a rapidly changing and uncertain environment, we need to be adept life-long learners. We need to understand how we learn individually as well as collectively in order to be responsive, resilient and resourceful members of communities that creatively confront challenges through improvisation and collaboration. The single degree programme at BMC therefore starts with asking the question ‘how do we learn?’ Students then take units blending the neuroscience of perception and cognition with artistic (visual, aural, movement) training to understand the foundations of human communication and interaction – with each other and with other lifeforms.

A transition to an ecological civilisation that respects planetary limits is of course, not a scientific problem but a problem of behaviour, culture and politics. And the currency of behaviour, and politics, as we know, is not argument but emotion, experience and the imagined collective.[5] Sensory training and the practice of the arts is therefore essential pedagogical territory for an education that not only teaches but prepares for the future. Importantly, this is not about the theory of the arts or the logo-centric rhetoric of reading and writing, but creative practice: ways of seeing, hearing and moving; ways of creating, expressing and communicating.

The practice of the arts is common to all human societies. It is a democratic space for exploring different traditions, cultures and worldviews. It acknowledges different ways of seeing and knowing. Creative practice also teaches a method for approaching problems that is rooted in improvisation, play and experimentation. As an evolutionary human attribute, play teaches us to collaborate and co-exist, it reduces anxiety and stress, and helps us to creatively learn our way out of adverse conditions.[6] Knowing how to play and improvise, and continuing to do so as an adult, thus forms a key survival strategy for the Anthropocene.

Acquiring skill in a sensory field invites a radical re-appraisal of the meaning of the term ‘interdisciplinary’ that goes beyond the traditional blending of western canons of thought, the arbitrary ‘disciplines’ such as Politics, Philosophy and Economics, examined only through a single cognitive lens. It widens the definition to encompass all spheres of human expression and participation in the world. This leads to the third principle of BMC: learning in the ‘real world’ on applied problems for meaningful and socially useful ends.

Learning to live in the Anthropocene means learning to regain our place within nature, learning to live within planetary limits. While this may sound simple, the gap between current resource use and safe planetary limits is huge. Mainstreaming ecology is, belatedly, becoming a fad in educational discourse, but learning about earth systems is not enough. Our current crisis is not due to a lack of environmental science. What is missing is a critical awareness of the limitations and potential of human systems. We are prisoners of what we imagine to be possible. We need leaders who see the world from an ecological starting point, who appreciate the scale of the challenge ahead, and who understand how emotion, perception and action combine to change behaviour.

How do you inculcate such an ecological perspective that accords non-human life appropriate respect? The first step is by making nature itself the classroom.  BMC is sited on a 120 acre farm and surrounding mountains. Sensory training outside will help to embed and embody the ideas of Merleau-Ponty updated by David Abram that ‘all perception is participation’ to open the door to seeing oneself as part of the biosphere, not separate from it.

Science has shown Dewey’s ideas to be correct: the most durable lessons are those derived from problem-solving in context, in applied settings.[7] This is reflected in the third year at BMC designed to map the students’ way in the world with a work placement and a student-driven research project keyed into realising the ambition of the unique Welsh law  – the Well-Being of Future Generations Act – together with a seminar on theories of change examining where and how students might best apply their own talents. The purpose is to demonstrate and interrogate the tangible change that is possible so that graduates of Black Mountains College are as well equipped as possible to answer the eternal question facing us all: what is the right thing for me to do, for myself, society and the planet, at this particular moment in time?

[1] See for example Hutchings, M. (2015) The impact of accountability measures on children and young people, research commissioned by the National Union of Teachers.

[4] Much of the recent neuro-science is well summarised in Stanislas Dehane, (2021) How We Learn: the New Science of Education and The Brain, London, Penguin..