What’s missing from COP? Climate education and a theory of change – Ben Rawlence 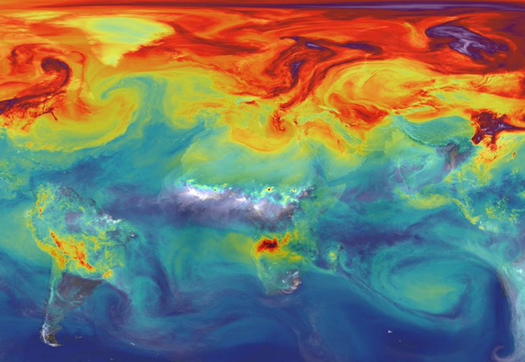 Do you remember those terrifying AIDS adverts in the 1980s showing a tombstone and an iceberg? For anyone of TV watching age at the time, the adverts with the strapline, “Don’t Die of Ignorance” were unforgettable. It was a masterclass in how to run a public health campaign.

The advertising was coordinated for maximum effect with a week of educational programming scheduled at peak viewing times on all four terrestrial channels simultaneously. The shocking campaign sparked an outcry of scaremongering. But it worked. The impact was immediate and the British government’s approach was rapidly copied around the world, notably in the USA.

Can you imagine the government running a similar campaign on climate change in 2021? There would be a similar outcry and accusations of scaremongering, but it is no less a public health issue, an existential one no less. How different would the Cop26 negotiations have been against a backdrop of an informed and urgent public conversation?

Running such a campaign as well as integrating climate education into the national curriculum, is, in fact, a legal obligation of the UK government, under a little known article of the earlier climate treaty, Article 12 of the Paris Agreement.

This rarely mentioned obligation is routinely lost amidst protests and calls for more money for the global south, or for tougher action from the global north but, if basic climate literacy was widespread, and taught in schools and colleges as a statutory obligation, the political conversation could look very different indeed.

The fossil fuel interests know this, hence their decades-long campaigns to sow confusion and doubt. In the absence of a government backed public information campaign, their lies have found fertile ground and taken decades rather than years to disprove and sideline.

Media coverage over the last few weeks has revealed the level of climate and adaptation literacy among political journalists, let alone some politicians, to be woefully inadequate. The scale of the changes required to our economy and way of life implied by zero emissions are still not accepted nor even, it seems, well understood.

Democracy is good for many things; making bold swift decisions without the threat of an electoral cost is not one of them. Governments can ignore calls to keep fossil fuels in the ground because voters will let them. Mobilising democratic governments to act relies on a critical mass of the voters demanding action. Democratic governments, for better or worse, do largely reflect the popular will.

With article 12 the UN offered governments (and citizens) a lever to unleash shock and awe information campaigns that could have the potential to change the political landscape, to give governments the political capital they need to take on the fossil interests and keep hydrocarbons in the ground. Demanding governments abide by their legal obligation to educate, inform and tell the truth is a surer theory of change than simply shouting at them to do more. We must seize that lever.

I’m pleased to say that BMC will be doing its part through its formal education programmes and, coming soon, more short courses and blogs on this critical aspect of the challenge we face. It we don’t share an understanding of the problem, we cannot hope to cooperate in meeting it.