Why Black Mountains College is Important: An Academic’s Perspective. By David J. Helfand 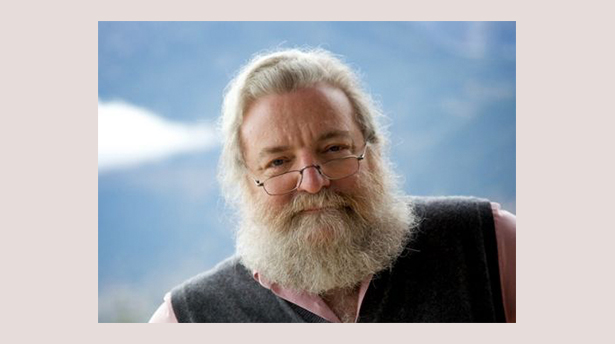 I have been privileged to participate in a number of meetings over the past few years with those planning a new tertiary institution in Wales, Black Mountain College. The college proposes to adopt some of the most creative and successful features of new institutions from around the world to create a university uniquely attuned to the goals of the Well-Being of Future Generations Act.

Having been involved with the design and creation of a similarly innovative experiment in higher education in Canada a decade and a half ago, I know that creating a new institution of tertiary education from scratch is not easy, especially if one intends to challenge the hidebound status quo. But it is also imperative if we are to produce graduates capable of thriving in the twenty-first century world of work and equipped to address the profound challenges facing our societies and our planet.

I provide here what I regard as the urgent rationale for such institutions and the model of one such entity that has proven successful and will provide some elements of the Black Mountains College approach.

Throughout human history and for at least a few hundred millennia before that, information was limited, difficult to access, and expensive. Imagine the shaman of a hunter-gatherer tribe. All of this sage’s knowledge – what roots are medicinal and which berries are poisonous, when the rains come and when the wildebeests migrate — must be stored in his head. And it takes a year or more to transfer this knowledge to his young successor. Limited information, that is difficult to access, and very expensive.

In the last decade this situation has radically reversed; information is now virtually unlimited, ubiquitous, and free. An IBM report from a few years ago estimated that we generate 2.5 quintillion bytes of information per day; printed out, that would be enough to fill a bookcase half a kilometre tall and stretching around the Earth at the equator — every day. It’s about 180,000 pages per person per day. And almost all of this is accessible, a few swipes away on one’s constant companion, the mobile phone. Unlimited, ubiquitous and (assuming one pays one’s phone bill) free.

Thus, an educational model centred on the transfer of information, in which “experts” pour bits of their knowledge into the passively waiting students and then ask them to regurgitate it upon command as evidence they have “learned” it is, to be generous, atavistic.

We can, and must, bring tertiary education into the twenty-first century.

Most universities today are structured around a 19th-century model designed to produce graduates for a 19th-century economy—one that needed experts with heads crammed full of specialized information ready to be applied to an industrial enterprise. These experts usually had a single career during their working lives, and the pace of change in what they needed to know was modest.

Problems were local or, at most, national in scale, and interaction with people from other cultures and traditions was unusual.

That world no longer exists. Vastly more information than could ever be stored in a single human brain is available in every pocket with a smart phone.

Manufacturing accounts for fewer than 10% of the jobs in most advanced economies. The average university graduate today will have half a dozen different careers in his or her working lifetime, and half those careers don’t exist yet. And the major problems we face—water, food, trade, disease, climate—are all global in nature.

We need a new model of education to prepare graduates for this new world.

In 2005, we set out to build such a model in the Canadian province of British Columbia. The result was the first private, not-for-profit, secular university in the country, Quest University Canada. The institution opened in 2007 and by 2010, we were ranked number one in North American by the National Survey of Student Engagement, the gold standard measure of student learning and satisfaction. In the first eight years, we grew from 73 students and seven faculty members to 750 students and 50 faculty members, the population for which the campus was designed. Today, our graduates have been granted advanced degrees from such leading institutions as Yale, Berkeley, Columbia, Toronto, McGill, LSE, St. Andrews, UBC, Chicago, etc. and work in jobs as disparate as cybersecurity, national parks management, bioinformatics, law, medicine, and primary education.

In designing Quest, our first break with the past was to create a single faculty with no departments. We reinforced this ideal with concrete, by building a circular academic building with no boundaries and assigning faculty offices by lottery. As a result, a physicist sits next to a poet and on the other side has an economist, a botanist, and an expert in Chinese film and theatre. And they talk to each other, learn from each other, and work together to design a curriculum that transcends disciplinary silos.

Our campus has no lecture halls. Every classroom has a large oval table that can be easily sectioned into a variety of arrangements and around which only 21 chairs can fit. Thus, all classes are capped at 20 students, and the average class size is 16. Across from each classroom are small breakout rooms with four chairs, a table, and a whiteboard. A faculty member—called a tutor at Quest— can begin a class by setting up a problem, exploring a reading, or introducing an issue for debate. Then he or she can send the students off in small groups to attack different pieces of the problem, analyse the text, or draw up talking points before returning to the classroom. Other faculty members split the table into four pods of four or five students to analyse data or explore a computer simulation. A sound studio, art rooms, labs, and a black box theatre space provide venues for arts and science classes.

There are many other distinctions between Quest and traditional universities, beginning with the curriculum. We have a two-year “Foundation” program in which all students take the same 16 classes distributed across mathematics, physical sciences, life sciences, humanities, social sciences, arts, and language. Since we have no departments, we have no majors, so at the end of the two years, each student formulates a “Question” that will guide the last two years of his or her education. The construction of the Question requires: (1) finding a faculty mentor with whom the student will work one-on-one for the next two years; (2) selecting a set of touchstone readings to gain an understanding of the foundations of the disciplinary fields on which the Question focuses; (3) planning a set of classes to enrol in (from among the courses in the “Concentration” track that follows the Foundation courses); (4) devising an experiential-learning plan of from one to four months off-campus in a work or research setting; and, finally, (5) creating a “Keystone” project that summarizes what the student has learned by pursuing the question. The Keystone project is presented to the entire university community on the last days of the final term and is archived in the university library.

While both the philosophy and the structure of this curriculum envision a problem-based, student-centered approach to learning, the key feature of our design that enables this to be effective is the “block” system. Block scheduling means students take four courses in a term, but they take them sequentially rather than simultaneously. Each block lasts for 24 days. Classes nominally meet three hours a day (9-12 or 1-4) five days a week for a total of 54 contact hours, more than a typical term course. The expectation is that students will, on average, do five hours of work a day outside of class, and both students’ self-reports and a review of the work accomplished confirm that this expectation is being met. The level of students’ engagement and the depth of understanding they can reach in this immersive system is well beyond that attainable with standard term- or semester-based calendars. Furthermore, this schedule is ideally suited to research-based education.

The deep learning that occurs in this block model is stunning and the flexibility the system provides is unparalleled. If an all-day (or all-week) field trip is beneficial, it happens; no one has a chemistry lab that afternoon or an English paper due the next day—it is one class, all the time.

The volcanology class starts in the lab on campus, moves to local geological formations shaped by volcanism, and ends up at the Hawaiian Volcano Observatory on Mauna Loa in Hawaii. The International Developmental Economics class meets for three and a half weeks—in Belize. The Molecular Biology class starts with a cheek swab and ends with students having done every step to produce the little bars on the gel electrophoresis readout that identify their mitochondrial DNA haplotype. The theater class does a full production (costumes, sets, lighting, directing, acting) of A Midsummer Night’s Dream.

This model encourages constant verbal exchange, promotes empathy toward the intentionality of others, and requires—in research projects, presentations, problem-solving exercises, and so on—collaboration. It involves each student in personal learning and engages the entire class, tutor and students alike, in advancing the group’s achievement of greater knowledge and understanding. The student learns to construct knowledge, to collaborate, and to see failure as an opportunity to learn rather than something to be covered up and avoided. These are the skills essential to success in the twenty-first century economy. These are the intellectual and social habits required to address the multidisciplinary, global problems of our time.

And this is why Black Mountains College, proposing a similar approach modified to fit is time and place, represents an essential contribution to the higher education sector in the UK and Europe today.